Play it forward – the first European youth initiative to create a digital and interactive library of traditional games.  Between the 5th and 15th of May 2022, Monomyths Association is hosting an international youth exchange on traditional games. The mobility is part of the Play it Forward project, funded by the Erasmus+ programme, in which five youth organisations are running the “Play it forward! Save the folk games” campaign and are developing a digital library of European games, with the aim of reviving and promoting traditional games, elements of European cultural heritage.

Traditional games are an important dimension of our cultural heritage, a symbol of our diversity and a reflection of our European values: solidarity, diversity, inclusion, cultural awareness, as they become a bridge between different cultures and nations.

The Youth Exchange aims to provide a new perspective on the active role that young people can play in this process. During the international mobility, they will build from scratch the first interactive, digital library, which hosts a collection of games and their instructions from multiple European countries. It will then be promoted to schools, youth organisations and families through the online movement “Play it forward! Save the folk games.

“Games and the act of playing with open minds, connect people and develop essential skills such as cooperation, communication, negotiation and creativity. In working with young people, traditional games can and do have an educational and even transformational role. and we set out to resurrect them and give them a format in which they can be taken up and used by parents, educators and youth workers alike. The digital library is for anyone with a playful spirit,” said Alina Dumitru, coordinator of the Play it Forward project.

Over the course of nine days, 36 participants from Greece, Spain, Portugal, Czech Republic and Romania, aged 18-25, facilitate interactive demonstration workshops and test traditional games from their home countries. To celebrate the European Folk Games Day, they are organising together with the Monomyths Association a local game tournament with teenagers and children from Călărași to share intangible cultural heritage and raise awareness about the danger of losing these games in the absence of community-initiated learning tools and contexts.

Discover more about the project 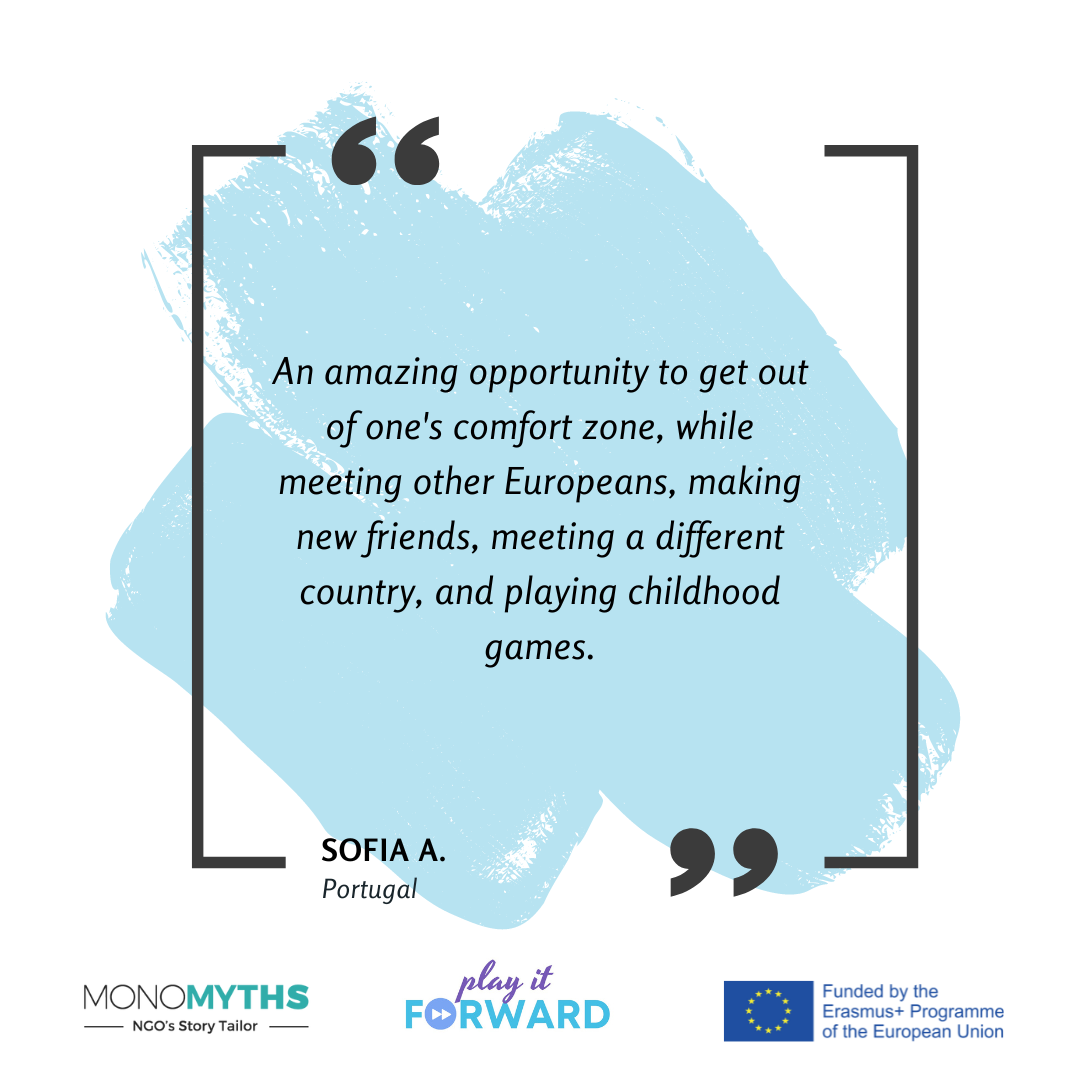 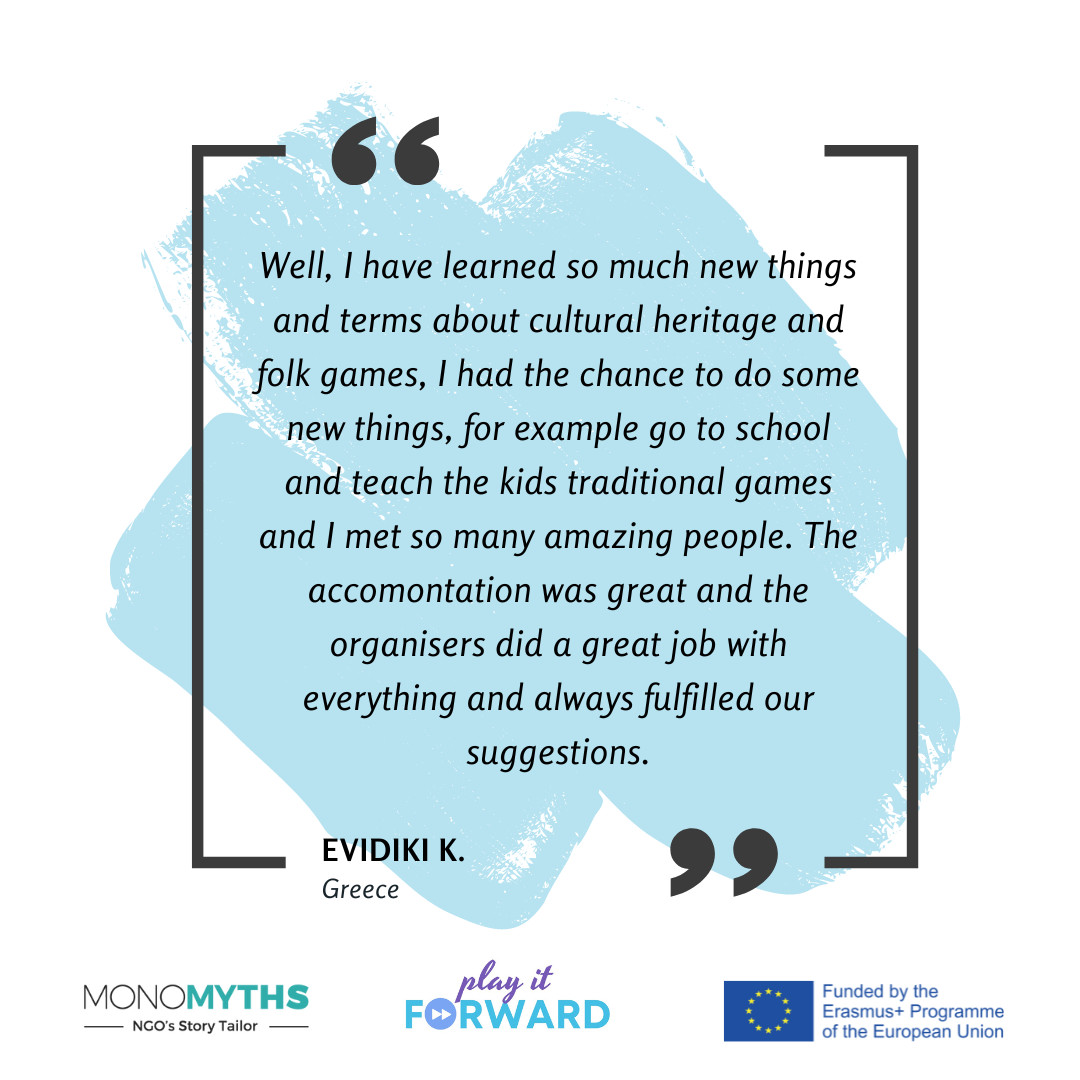 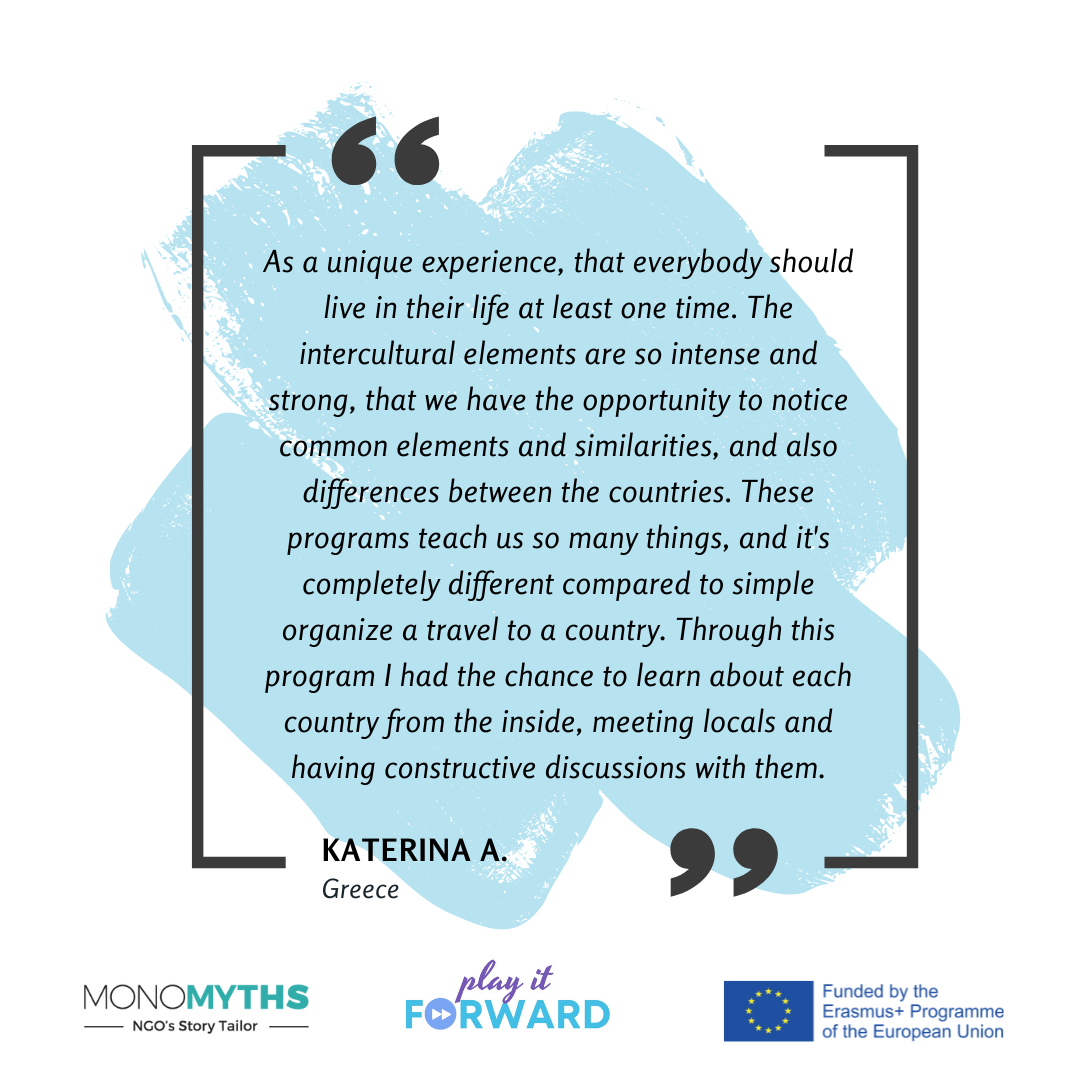 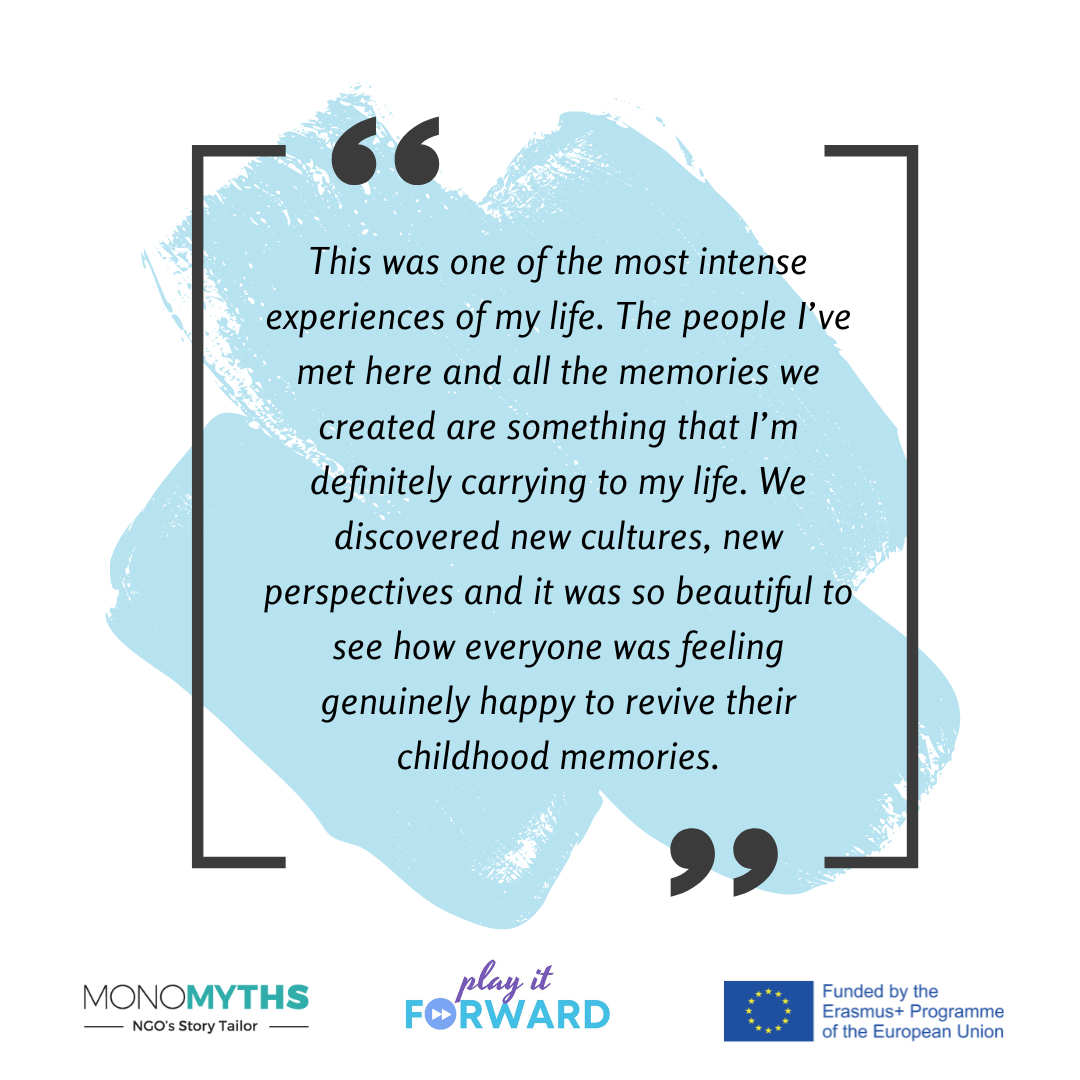 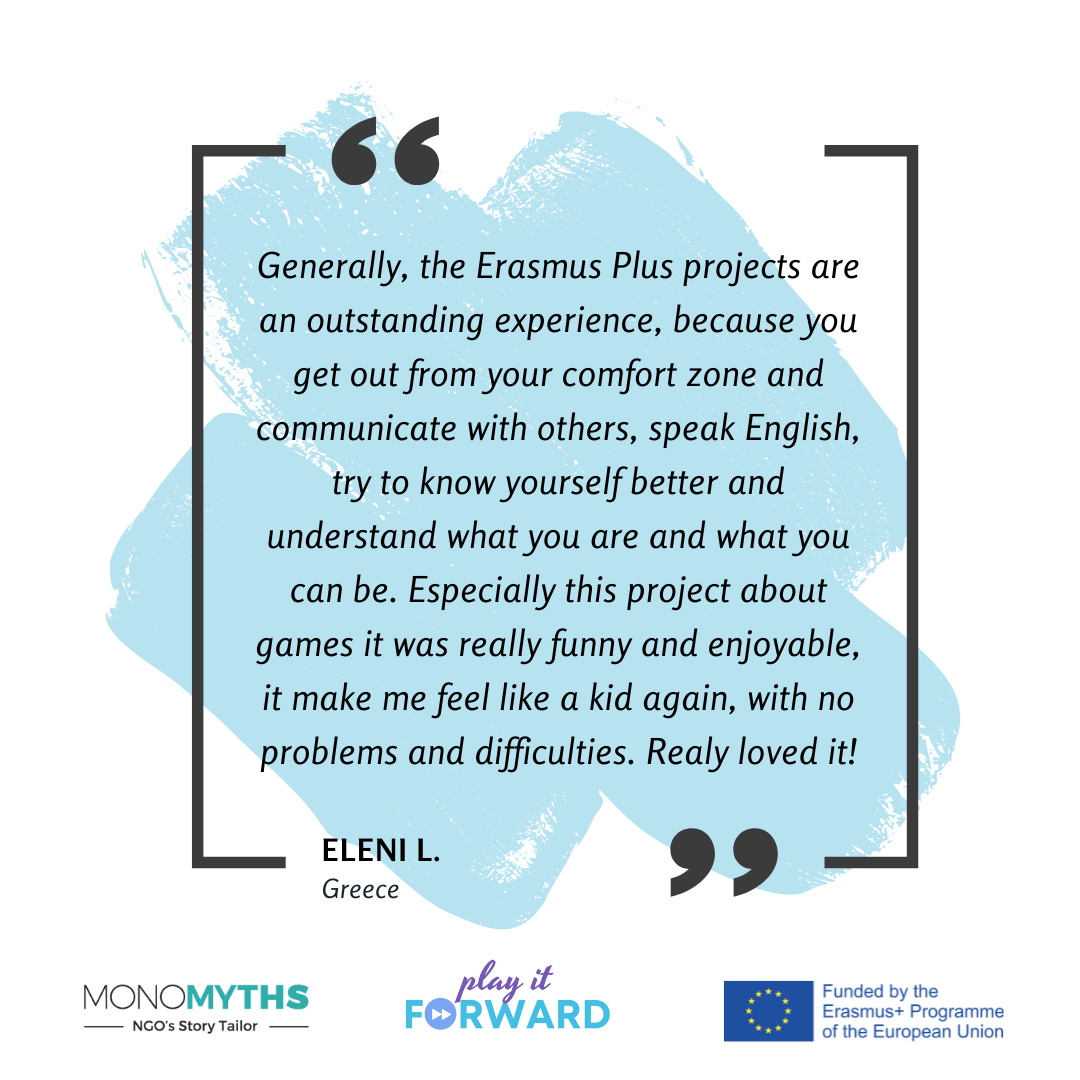 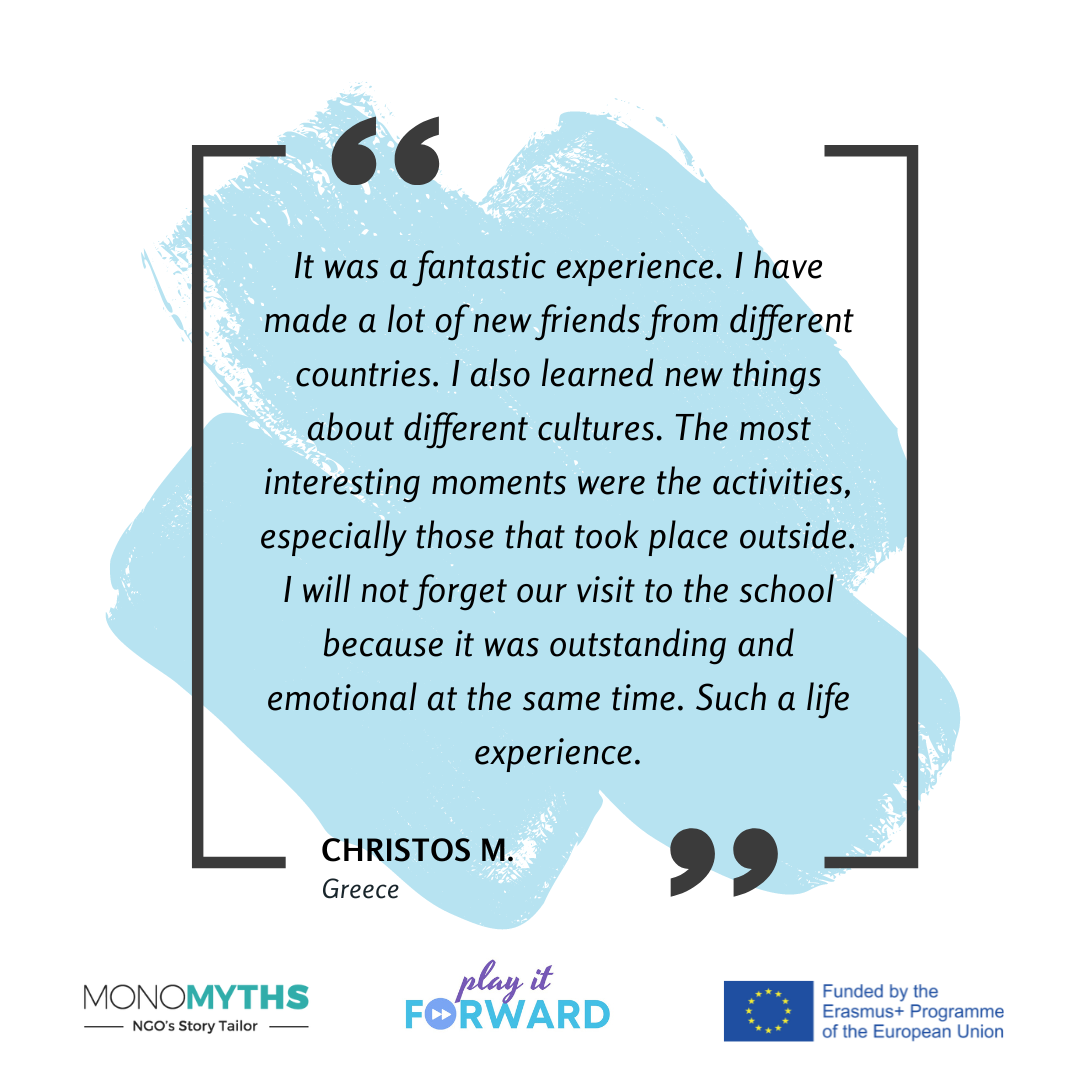 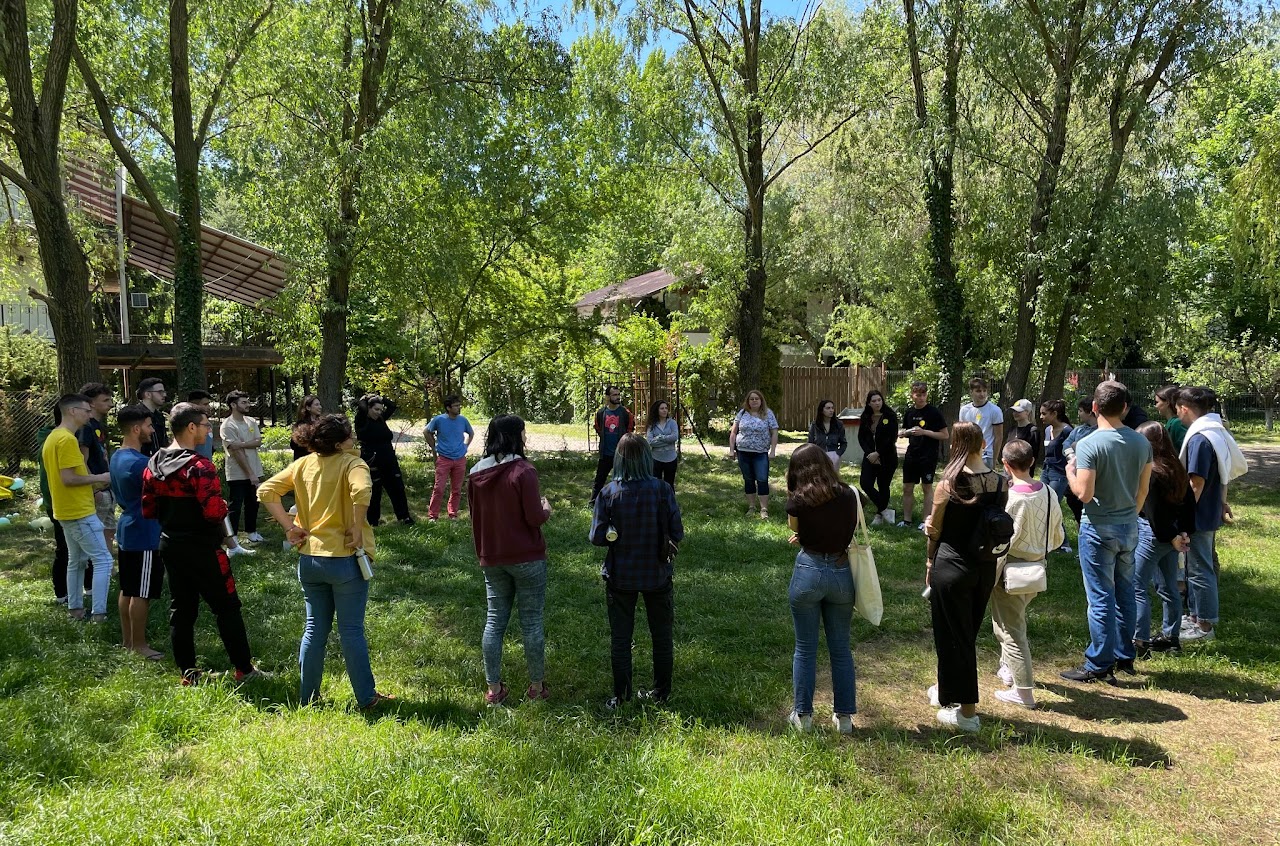 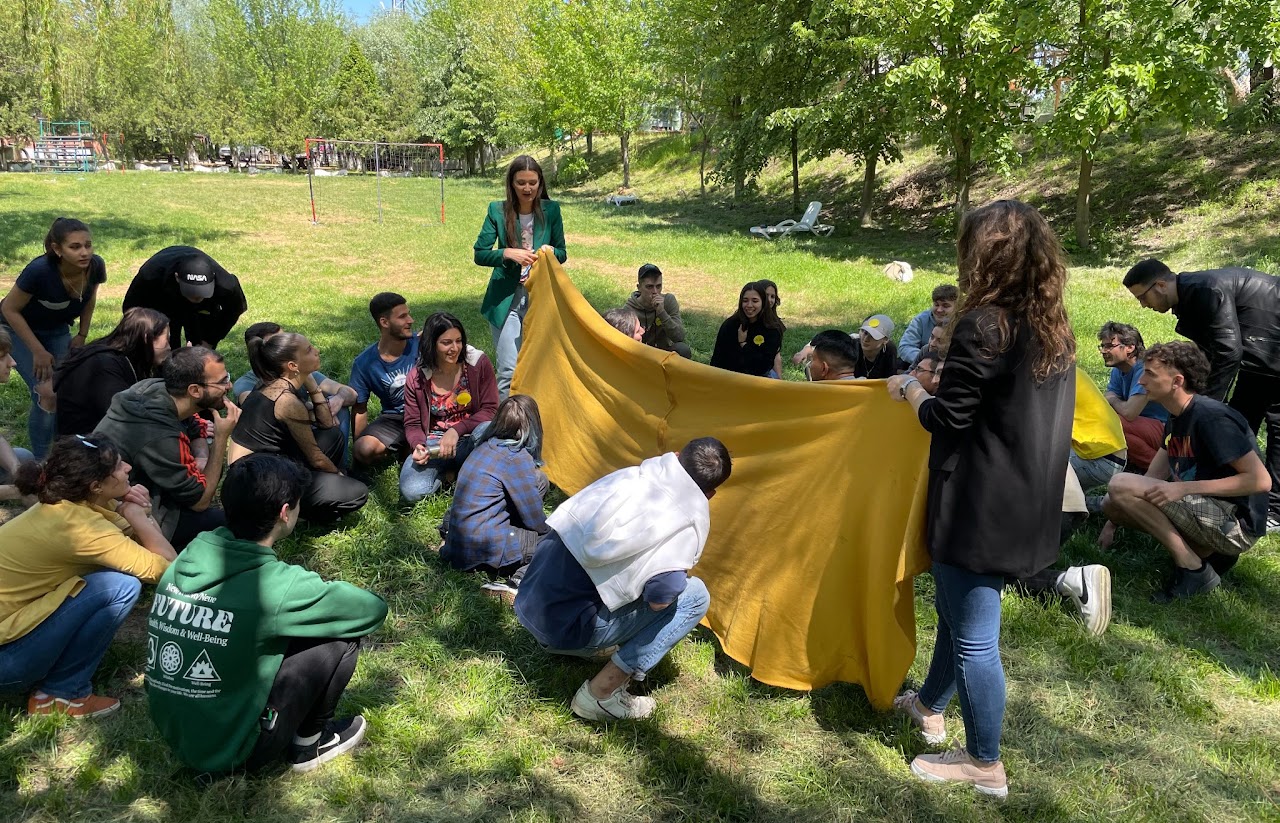 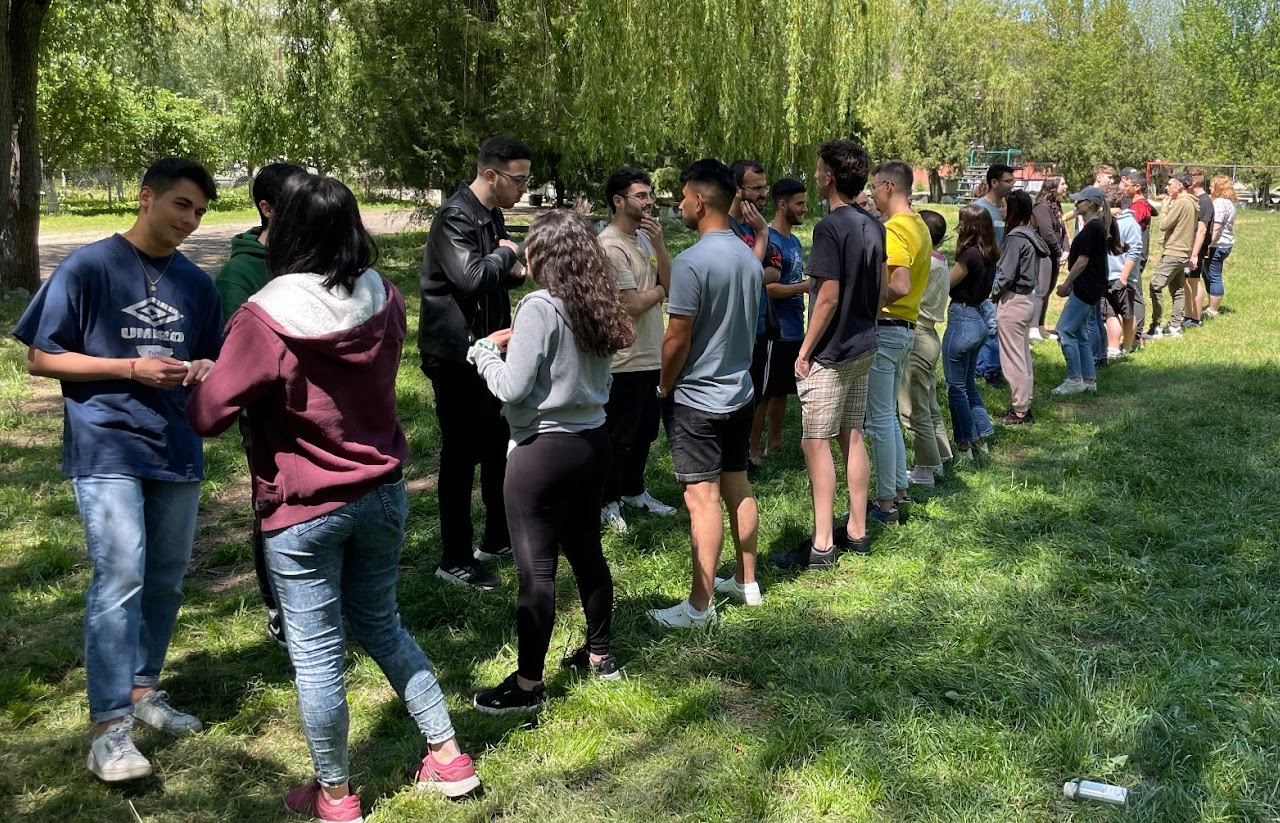 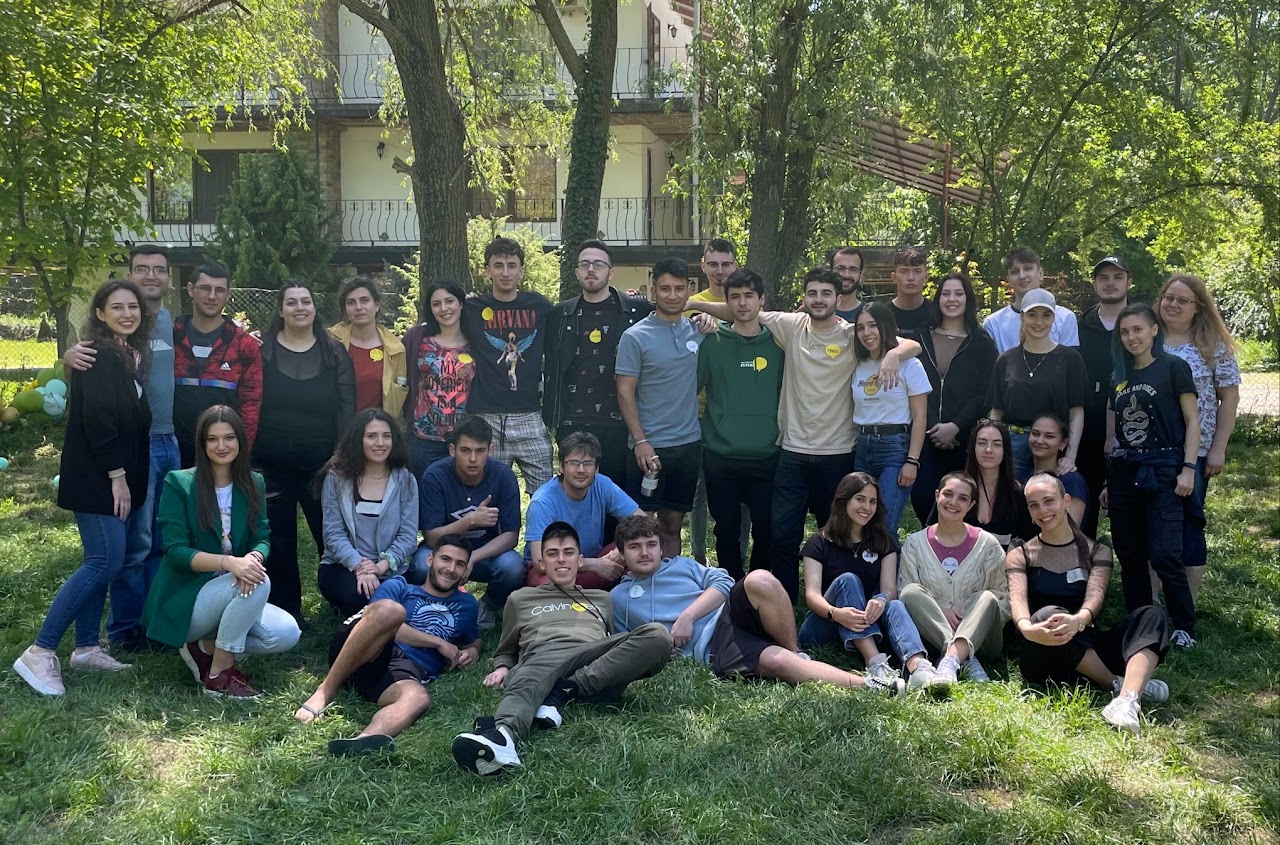 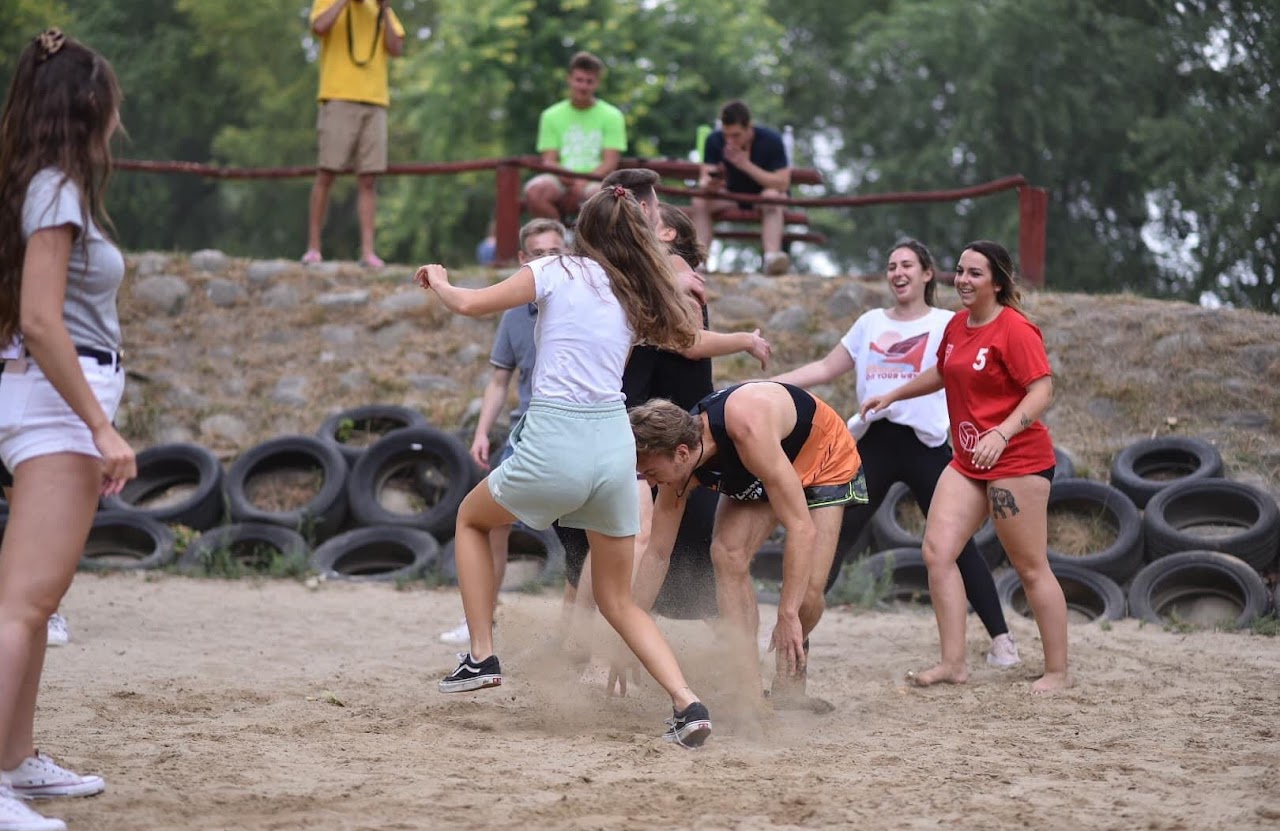